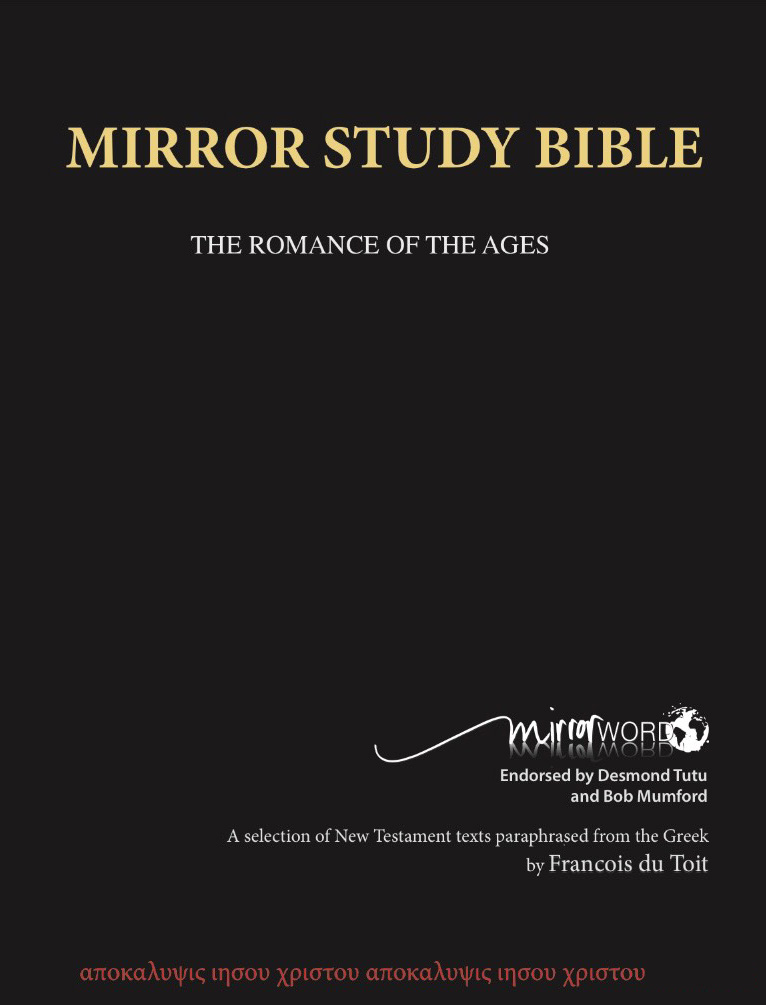 Translated from the Greek text and paraphrased in contemporary speech with commentary, the 9th Edition (2020) is a 980-page book that is also available on Kindle or as an App for Android and Apple. This edition includes the whole of Revelation, Luke 1-16, and many updated commentary notes plus more than a hundred new text updates.

The Mirror Study Bible is a paraphrased translation from the Greek text. While strictly following the literal meaning of the original, sentences have been constructed so that the larger meaning is continually emphasized by means of an expanded text.

Some clarifying notes are included in italics. This is a paraphrased study rather than a literal translation. While the detailed shades of meaning of every Greek word and its components have been closely studied, this is done taking into account the consistent context of the entire chapter within the wider epistle, and bearing in mind that Jesus is what the Scriptures are all about and humankind is what Jesus is all about.

To assist the reader in their study, I have numerically superscripted the Greek word and corresponded it with the closest English word in the italicized commentary that follows. This is to create a direct comparison of words between the two languages.

Completed books as of April 2020 are:

The red letters on the cover says, "Jesus Christ unveiled"

We print in London, America and Australia and distribute from there, using the relevant online distributors, such as Amazon, Book Depository and Barnes and Noble. Since it is expensive to ship from there to many countries, we are printing in South Africa and also plan to print in Asia soon.

To buy, select your retailer of choice on the left. Here are direct links to the Black Study Edition:

The Red version will no longer be available and the Black version replaces the Blue version. Contains all the latest text updates, including the entire book of Revelation with commentary, and Luke Ch. 1-16! It is available for free to kindleunlimited subscribers.

(Old version still available but not updated – keeping it for those who want their notes saved!)

Purchase Mirror Study Bible for Kindle on Amazon.com. Also available on Amazon UK, Amazon Australia, or whichever Amazon is nearest to you.

If you want to learn, see, and experience the truth of who you truly are in Jesus without religion, this is the book for you!!!!

I LOVE this Bible and use it often when I study or teach. It has helped me with passages that I struggled with for years!

I continue to be awed by this beautiful book. A translation in process, The Mirror Bible has spoken to my heart with crystal clear language, holding up a looking glass so that I can see once and forever my true nature, my real origin, my everlasting identity. I'm so pleased with it! It is, in my belief, the most significant rendering of God's word in this generation. The Spirit SINGS through the pages of The Mirror Bible! The understanding of Grace is so beautiful, so pure, and so refreshing that I truly can't put it down.

I highly recommend The Mirror Bible and encourage anyone who is considering it to delve deep into the beautiful, gracious words on each page. ❤️

About the Mirror Bible

The incarnation is the most accurate and articulate translation.

Any sincere student of classical music would sensitively seek to capture and interpret the piece so as not to distract from the original sound of the composition.

To form an accurate conclusion in the study of our origin would involve a peering over the Creator’s shoulder as it were, in order to gaze through his eyes and marvel at his anticipation. His invisible image and likeness is about to be unveiled in human form.

The incarnation celebrates the fact that the destiny of the Word was not the page but tangible human life! The word of truth accurately preserve’s God’s original idea in the resonance of our hearts.

3:2 Instead of an impressive certificate framed on my wall I have you framed in my heart! You are our Epistle written within us, an open letter speaking a global language; one that everyone can read1 and recognize as their mother tongue! (1 Anaginosko, to know again; to read with recognition.)
3:3  The fact that you are a Christ-Epistle shines as bright as day! This is what our ministry is all about. The Spirit of God is the living ink. Every trace of the Spirit’s influence on the heart is what gives permanence to this conversation. We are not talking law-language here; this is more dynamic and permanent than letters chiseled in stone. This conversation is embroidered in your inner consciousness. (It is the life of your design that grace echoes within you!)

The Mirror Bible is a paraphrase from the original Greek text. While the detailed shades of meaning of every Greek word have been closely studied, this is done taking into account the consistent context of the entire chapter within the wider epistle, and bearing in mind the full context of Jesus as the revealer and redeemer of the image and likeness of the invisible God in human form, which is what the message of the Bible is all about.

People who have stopped reading the Bible or never even read it before say about The Mirror, “I have never read anything that touched me so deeply, it is a brand new Bible, I cannot wait to give it to all my friends!”

To assist the reader in their study, the author have numerically superscripted the Greek word and corresponded it with the closest English word in the italicized commentary that follows. This is to create a direct comparison of words between the two languages. Many words used in previous translations have adopted meanings in time that distract from the original thought. Individual words can greatly influence the interpretation of any conversation.

For years deliberate as well as oblivious errors in translations were repeated and have empowered the religious institutions of the day to influence, manipulate and even abuse masses of people. Consider the word metanoia, consisting of two components, meta, together with, and nous, mind, suggesting a radical mind shift. This word has always been translated as “repentance,” which is an old English word borrowed from the Latin word, penance. Then they added the “re” to get even more mileage out of sin consciousness. Re-penance. This gross deception led to the perverted doctrines of indulgences, where naive, ignorant people were led to believe that they needed to purchase favor from an angry god. Most cathedrals as well as many ministries were funded with guilt money.

The Bible is a dangerous book! It has confused and divided more people than any other document. Scriptures have been used to justify some of the greatest atrocities in human history. People were tortured, burned to death and multitudes murdered based on somebody’s understanding of the scriptures!

The Mirror unveils the Incarnation Code as the key that unlocks the mystery message of scripture.

Jesus, Paul and believers throughout the ages faced their greatest opposition from those who knew the scriptures. If it is such a dangerous document, how does one approach the book? The Mirror unveils the Incarnation Code as the key that unlocks the mystery message of scripture.

The romance of the ages is revealed here.

Little Bear and the Mirror 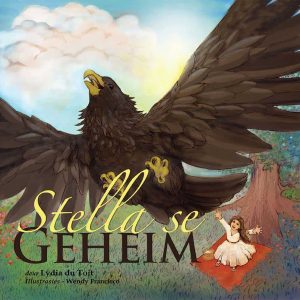