Home of the Mirror Bible

True Christian faith is not about humanity attempting to win the favor of deity, or trying to influence the mood of a bad tempered god; it is the revelation of the love of God reconciling a hostile world to himself.

We believe that the church, ekklesia, is so much more than a building or an organization. It is the voice of God that echoes in man and reveals man’s true spiritual origin and identity.

The Rock foundation of the ekklesia that Jesus is both the Architect and Master-builder of, is the unveiling of the Father. The son of man is the son of God. Blessed are you, Simon, son of Jonah. Flesh and blood did not reveal this to you, but My Father. I say, you are Rock, a chip [petros] of the old Block [petra]. And upon this petra, I will build my ekklesia and the gates of Hades [not to see] will not prevail against it! Matthew 16:13-19. See Deut 32:18 You were unmindful of the Rock that begot you, and you forgot the God who gave you birth.    Isa 51:1 Look to the Rock from which you were hewn, the quarry from which you were dug.

“And we all, with new understanding, see ourselves in Him as in a mirror; thus we are changed from an inferior mindset to the revealed opinion of our true Origin.” 2 Corinthians 3:18 – Mirror Translation

“They suddenly recognize that God is a living, personal presence, not a piece of chiseled stone. And when God is personally present, a living Spirit, that old, constricting legislation is recognized as obsolete. We’re free of it! All of us! Nothing between us and God, our faces shining with the brightness of his face.”

About Lydia and Francois

Lydia and Francois met on the 25th of August 1974, while he was working with Youth for Christ. She was sixteen and he, nineteen. The following year he studied Greek and Hebrew at the University of Pretoria for three years while Lydia completed her schooling then completed her nursing training in 1978.

In 1978 Francois also spent a year with YWAM. They married in January 1979 and are blessed with four amazing children, Renaldo, Tehilla, Christo and Stefan. 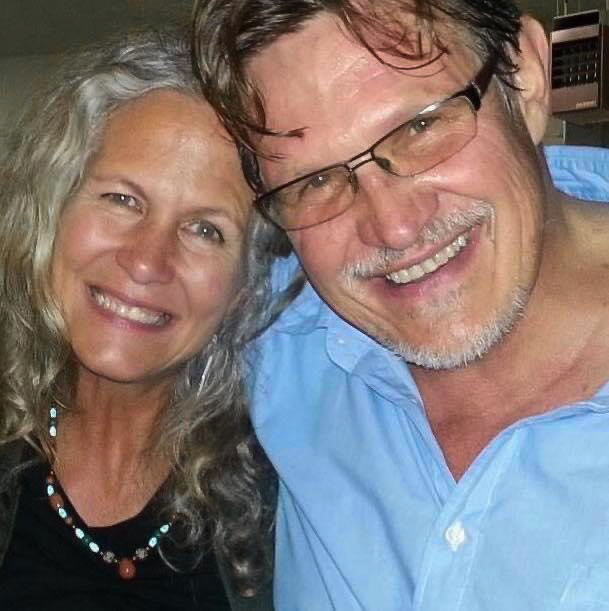 They pioneered and worked in full-time mission for fourteen years, during which time they also pastored a church and led a training facility for more than 700 students over a five-year period. During this time Francois translated several of the Pauline Epistles [The Ruach Translation], which were never published; although printed along with other booklets he wrote and distributed amongst their students.

They then left the ministry and for ten years did business mainly in the tourism industry. They built and managed a Safari Lodge in the Sabi Sand Game Reserve and eventually relocated to Hermanus where they started Southern Right Charters boat-based whale watching.

In December 2000 Francois began to write the book, “God believes in You” which led to him being invited to speak at various Christian camps and churches. Since February 2004, they travelled regularly abroad and into Africa as well as South Africa. Francois has written several books in both English and Afrikaans, including God Believes in You, Divine Embrace, The Logic of His Love; these are also available on Kindle. Also, The Mystery Revealed and Done, which are no longer in print – although still available in Afrikaans.

In order to focus their time on writing and translation, they relocated from Hermanus in 2015, to a remote farm in the Swartberg Mountains. They have since, also stopped most of their travelling.

Lydia has written 5 amazing children’s stories of which Stella’s Secret, The Little Bear And The Mirror, Kaa of the Great Kalahari as well as The Eagle Story, are already published in print and on Kindle. Her most recent story “King Solitaire’s Banquet” was released in December 2020.

Francois passionately continues his translation of the Mirror Bible, which will eventually include the entire NT as well as a few select portions of the OT.

Lydia’s books are already available in English Afrikaans, German and Spanish. The Mirror Bible is currently available in Spanish, Shona, Xhosa and large portions in German.

More than 50000 people subscribe to their daily posts on Social Media; Lydia has her own FB page and Francois has 4 English pages and an Afrikaans, Spanish, Hungarian, French and Dutch page on Facebook.

Their email address is

The Mirror Bible is also on Kindle as well as an App, app.mirrorword.net